How to Replace I in Essays: Alternative 3rd Person Pronouns

How to Replace I in an Essay

Learning how to write an essay without using ‘I’, ‘We’ or ‘You’, and other personal languages can be challenging for students. The best writing skills recommend not to use such pronouns. In this guide, we explore how to replace ‘I’, ‘We’, or ‘You’ in an essay and the methods to avoid them.

For those of us who have been able to overcome this, you will agree that there was a time when you experienced a challenge when finding alternatives to clauses such as “I will argue” or “I think”.

The good thing is that there are several methods of communicating your point, and writing an essay without using ‘I’ or related personal language,.

Let us Write your Essays! No Plagiarism

Get an expert writer to score an A in your next essay assignment. Place your order today, and you will enjoy it.

Before we identify the methods of communicating without using personal language like “I”, it is best to know why we should avoid such language while writing essays.

The most important reason for avoiding such language is because it is not suitable in formal writing such as essays. Appropriate professional English should not include any form of personal pronouns or language.

The second and equally important reason to avoid using personal language while writing an essay is to sound impersonal, functional, and objective.

In formal English, personal pronouns conflict with the idea of being impersonal, functional, and objective because they make redundant references to the writer and other people.

Personal pronouns will make an essay seem to contain only the perspectives of the writer and others they have deliberately selected. Again, they will make the work appear subjective.

Another reason to avoid personal language while coming up with an essay is to avoid sounding as if you have an urgent need to impress the reader through wording.

Personal pronouns like “you” and “I” tend to suggest something important that is away from what the writing is all about.

By continually using “I”, “we”, or “you”, you are taking the reader’s attention from the essay to other personal issues. The essay becomes all about the writer.

That being said, let’s explore how to replace “I” in an essay.

Ways of Avoiding Pronouns “I”, “You” and “We” in an Essay

You can replace the pronouns ‘I’, ‘You’, and ‘We’ by replacing them with acceptable wording, applying passive voice instead of pronouns, Using a third-person perspective, adopting an objective language, and including strong verbs and adjectives.

In our other guide, we explained the best practices to avoid using ‘you’ in essay writing, and use academically sound words. Let us explore each of these strategies in detail.

1. Replacing it with an acceptable wording

This is a very good strategy for replacing “I” in an essay. The problem is that it is often difficult to find the right word to replace the personal pronoun. Though this is the case “I” has some alternatives.

For example, if the verb that follows it revolves around writing and research such as “…will present” or “…have described”, it is best to replace “I” with text-referencing nouns such as “the essay.”

Another method of replacing “I” in an essay is using appropriate wording like “this writer” if the verb’s action is not within the text.

While this is sometimes acceptable, it is often advised to have no words here by using passive verbs or their equivalents.

A wording that may also be used but rarely suitable is “the researcher”. This alternative can only be used when your actions as a writer are completely detached from the writing.

2. Using passive voice instead of pronouns

Another way to replace “I” and other personal pronouns in an essay is to use passive voice. This is achieved by transforming an active verb passive.

Though this is the case, the strategy is often difficult and it may create sentence structures that are not acceptable in formal writing and language.

The sentences in which “I” can be successfully changed using this strategy is when an active verb describing an object is transformed into its passive form.

This is a very important and applicable strategy when replacing “I” in an essay. This is where you avoid using first-person and second-person perspectives.

4. Use of objective language

Objective language is lost when a person uses informal expressions like colloquialisms, slang, contractions, and clichés. It is the reason why we discourage the use of contractions in essay writing so that you can keep things formal.

While informal language can be applicable in casual writing and speeches, it is not acceptable when writing essays. This is because you will be tempted to use a first-person perspective to convey your message.

5. Being specific and using strong verbs and adjectives

In most cases, essays that have been written using a lot of personal pronouns tend to be imprecise. When you want to avoid using “I” in your essay, try to be exact and straight to the point.

Personal pronouns tend to convey a subjective message and it is up to the writer to explain their perspectives through writing.

Here, a writer will use a lot of “I think…” or “I believe…” to express their opinion. By doing so, the writer will end up wasting a lot of time explaining a concept.

Instead of doing that, it is best to look for appropriate verbs and adjectives to explain the points. Also, use objective language. Refer to the suggestions given by credible evidence instead of basing your arguments on what you think.

Get an essay written by a Team

Words to use instead of personal pronouns like “You” and “I”

As noted, it is important to avoid using personal pronouns such as “You” and “I” when writing an essay.

By eliminating them or finding alternatives to them, your essay will be formal and objective. You can decide to eliminate them in a sentence.

For example, you could be having a sentence like “I think the author makes a valid point concerning capitalism.”

In this example, you can eliminate the personal language and write “The author makes a valid point concerning capitalism”.

The second sentence goes straight to the point and is objective.

Other words to use instead of personal pronouns like “You” and “I” can be created when personal judgment words are avoided.

Instead, it is best to replace those words with those that refer to the evidence.

Below are examples of how personal judgment words can be replaced by words referring to the evidence.

Using the third-person or “it” constructions can be used to replace personal pronouns like “You” and “I”. Such words also help to reduce the word count of your essay and make it short and precise.

For example, if you are writing “I conclude that”, replace those words with “it could be concluded that”. Here, “it” constructions are helping replace personal pronouns to make the sentence more objective and precise.

To be more specific, words to replace personal pronouns like “I” include “one”, the viewer”, “the author”, “the reader”, “readers”, or something similar.

Words that can be used instead of personal pronouns like “You” include “one”, “the viewer”, the reader”, “readers”, or any other similar phrases. It is similar to words that replace first-person pronouns.

Words to use instead of “My” in an essay

Since “My” demonstrates the possessiveness of something, in this case, the contents or thoughts within an essay, it makes the writing subjective. According to experts, writing should take an objective language. To do this, it is important to replace it.

In this case, the article “The” makes the sentence formal and objective.

Another method is to eliminate the word “My” from the sentence to make it more objective and straight to the point.

The major difference here is that the word “my” in the first example makes it subjective and eliminating it from the sentence makes it sound formal and objective.

Therefore, when writing an essay, it is important to avoid personal pronouns like “You”, “I” and “My.” Not all papers use third-person language. Different types of essays are formatted differently, a 5-paragraph essay is different from a 4-page paper, but all use third-person tones.

This is because an essay should be written in formal language and using personal pronouns makes it appear and sound informal. Therefore, writing an essay without using ‘I’ is good.

Formal language makes your essay sound objective and precise. However, do not remove the first person language when writing personal experiences in an essay or a paper. This is because it is acceptable and formal that way.

Let us help you get that A in your next assignment. Place your order today, and you will enjoy the benefits.

With over 10 years in academia and academic assistance, Alicia Smart is the epitome of excellence in the writing industry. She is our chief editor and in charge of the writing department at Grade Bees.

Can an Essay have Charts

Can an Essay have Charts? How to insert Graphs and Pictures

Paraphrase My Essay Services: Expert Writers for your Papers

Use questions in an essay

Can you ask questions in an essay? How to Blend them Well 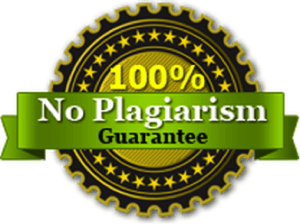 What you will Get

Thousands of Students doing it